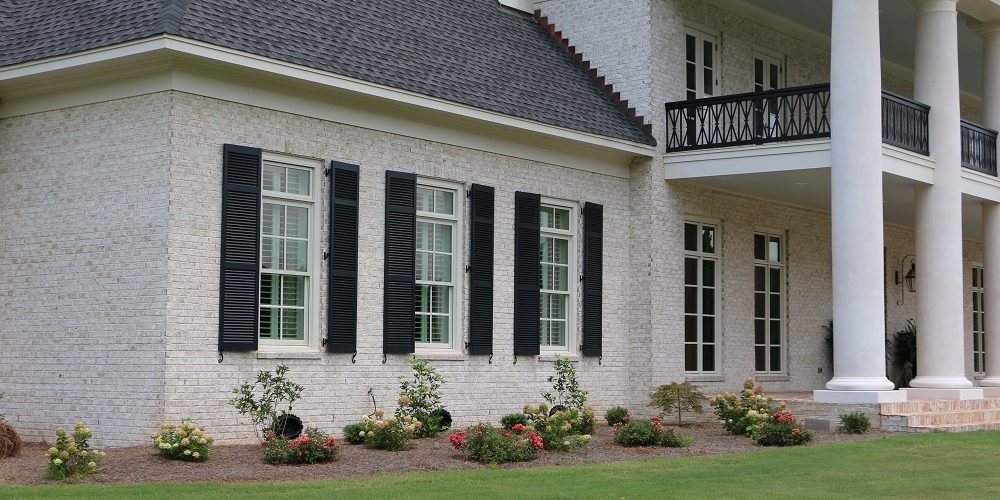 The case for whether window covering professionals need to pay attention to shutters is pretty open and shut. “The shutter industry is a $600 million dollar business and is estimated to grow to $800 million by 2022,” says Viken Ohanesian, president of U.S. Polymers. “Growing at a rate of 5 percent a year, it represents one of the fastest-growing sectors in the window covering industry. We believe shutters will continue to grow as they are the only window covering considered furniture for your home.”

Ohanesian rattles off a list of reasons why shutters are often called “the ultimate window treatment.” “They’re the only window treatments that add to the resale value of a home,” he reports. “No other window treatment makes quite the impression as quality shutters. Shutters keep your home warmer in winter and cooler in summer. They provide light control and privacy, giving you total command of your space. They also have a timeless appeal that can fit any decorating scheme, whether traditional or contemporary.”

“There remains a strong connotation that shutters represent luxury,” says Cliff Stanley, CEO of TWO USA. “Therefore, they are still an aspirational product for many, and because today they are more affordable, their popularity has continued to grow.”

Shutters are also a versatile product that come a variety of materials and looks and can be used for interior and exterior applications. Window Fashion VISION took a deeper dive into this category, examining what’s new and what professionals can expect in this category in the coming years.

In general, there’s been a shift away from wood shutters. “Poly is a very popular material because it is affordable, durable and easy to clean,” says Ohanesian. “It has become a fan favorite due to our WoodTex Finish, which looks and feels like real wood.”

One World Shutters’ Hybrid line, which is made from a proprietary combination of solid poly material and wood, is its most popular offering, says CEO Steve English. “Consumers are always looking for the best value. Our Hybrid line offers a combination of product quality, features, benefits and warranty. Our titanium finish is a force to be reckoned with.” Dealers love the comfort level that comes with selling a product highly engineered to last and look beautiful for a long time. They also like the company’s “Shutter Shield Guarantee,” which goes far beyond what any other manufacturers offer (plus a limited lifetime transferable warranty) and create outstanding consumer confidence.

Wood shutters are still in demand, though. TWO USA’s bestselling product is still its premium wood shutter. “Unlike other window treatments, a plantation shutter has a classic aesthetic that stands the test of time,” says Stanley. “Shutters are considered a more permanent window treatment and are rarely replaced when a home is sold, therefore they’re seen as an added value to the house.”

Neutral white shutters are performing best for the company. “Interestingly, stained shutters that highlight the wood grain are considered outdated or out of fashion, and so we’ve seen the demand for stains decrease,” he reports.

Stanley is also seeing a trend toward materials other than wood. “Aluminum is a versatile material as it’s very durable, even in wet areas, and allows for wider panels, which is an aesthetic many customers are looking for,” he says. “It is also more resistant to scratches because it is powder-coated.”

The other shift Stanley is seeing is one away from the traditional frames, which have detailed, matching intricate molding. Instead, consumers are demanding more austere, modern frames. “Windows are getting larger, and the design lines are getting cleaner, and this is reflected in frame choices,” he says.

Shutters without tilt rods are generally more popular than products with them. “The ShutterSMART shutter is now available as SMARTVIEW, with completely hidden tilt rods for wide and unobstructed views,” says Ohanesian.

From sea to shining sea

“Shutters have always been popular across the whole of the U.S., but they are most prevalent in Texas and the southern states, likely because of the nod to traditional Southern style and climate in general,” says Stanley.

Preferred styles for shutters can vary greatly from region to region. English sketches out a large swath of America when he describes shutter trends, drawing an imaginary line from Sacramento, CA, to the northern border of North Carolina, then down to Florida and back across the continent. “That’s where 75 percent of all shutters are sold in America,” he says. “The trends in those markets are large panels and the largest louvers you can get.” Most southern states, including Florida, Texas, California and Arizona, prefer a hybrid shutter. The exceptions are Georgia, Tennessee and Colorado, where wood shutters are in higher demand.

Northern states tend to favor smaller louvers—something that’s due to home construction more than aesthetics. “In Chicago and the Northeast, you have all wood-frame windows and a lot of casing to the window,” says English. “They’re a lot shallower in depth, so the louver sizes have to be smaller.”

How can designers and retailers sell more shutters? Stanley advises making them more central to the overall design scheme for rooms.

“In other parts of the world, we see shutters used as a room feature,” he says. “Designers play with louver sizes, colors and framing choices to make the shutters stand out and become a focal point. When designers and retailers understand how the different specifications can make the shutter a stand-out feature, they will better recognize how and when to make recommendations to a customer. There’s no doubt that shutters can be as appealing, if not more so, than other window coverings when incorporated properly into a designer’s plan.”

Stanley’s other tip is to think outside the box—literally. “The opportunity for selling shutters lies in external applications, where aluminum plantation shutters are used to enclose outdoor areas, create privacy or even over windows as Bahama shutters,” he says. “I believe these applications will increase as Americans continue to reimagine how they use their yards and patios and continue to expand their outdoor living space.”

To English, the key to increasing sales is training. “You sell what you know,” he said. By getting to know the manufacturers, sellers can also do a better job of telling a story about where the products came from, their warranties and their reputation for quality. That will go a long way toward convincing clients they’re making the right choice and a smart investment.

Wineries: A Lucrative Clientele for the Window Design Industry

Increase Your Profits with Plantation Shutters

Wineries: A Lucrative Clientele for the Window Design Industry