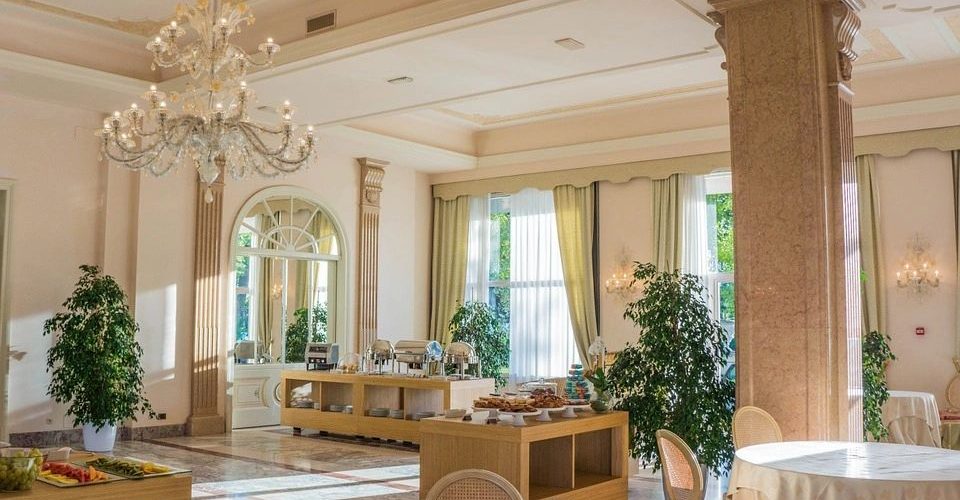 When you stay in a hotel, you expect the best of the best. This means that you would wish your booking to be confirmed on time and avoid becoming a victim of double bookings (which hotels can ensure by using room reservation software applications). Additionally, you would want the rooms to be tidy and the add-on breakfast to be tasty! Otherwise, why would you choose to stay there when your own bedroom at home is better? Guests expect comfortable beds with pristine linen, plush carpets that are soft underfoot, understated lighting that sets the mood and a bathroom to rival the Roman baths of ancient Italy. Little things like the hardness of the water are also noticed, which is why many hotels use water softeners provided by sites like Hillwater.com to increase that feeling of luxury. You can really feel the difference between the silkiness of a shower in an up-market hotel and the water in your shower at home. It’s all to make a good impression that will have guests coming back to visit time and time again. Even the curtains make a difference!

Taking inspiration from the facilities provided by the hospitality businesses, people are also trying to use those in their homes. From home renovations like roofing and plumbing to foundation repair in Quad Cities (or elsewhere), incorporating a pool, open living, chic interiors, etc, people are embracing luxurious elements to experience the comfort of the hotels.

For instance, clients in search of high-end window coverings draw inspiration from a lot of places, including elegant hotels around the world. With that in mind, we talked to three workrooms and interior designers who were involved in replacing the draperies at iconic and brand-new hotels. All of them shared a common thread: For projects of this size, designers told us, that communication with everyone involved was key to success.

Built in 1923, the Biltmore Hotel has hosted presidents and celebrities and played a minor role in many movies. Over the years the property had undergone many renovations, but when the owners started a remodel in early 2018, “their goal was to restore the location to its original look because they want to keep it as a historical venue,” said Mehrdad Steve Messri, who owns Los Angeles-based Galaxy Design with his wife Anat. This high-end custom drapery provider was given a challenging task: to craft window coverings and bed canopies nearly identical to the ones found in the hotel during the glamorous Roaring Twenties.

The original fabrics and trims were no longer manufactured, but the Messris were able to come up with reasonable facsimiles by using high-quality polyester and tasseled trims. They also recommended recovering the gold-leaf-accented furniture with a rich chenille.

The hotel was delighted with the look and function of the resulting draperies. “Everything is mounted on the back of the hardware instead of having pulls,” says Steve. That makes opening the blackout-lined curtains and sheers easier.

When asked what he learned from this project, Steve says, “The traditional trend seems to live on strong. It’s crazy. We never thought it would as long as it has, but people seem to love it.” The project also reinforced the importance of gaining an understanding of the facility before starting installation. “With older buildings there’s still plaster and mortar,” he points out. “We did a pretest so we knew what we were drilling into.”

For designers looking to expand their portfolio of commercial projects, Steve recommends focusing more on customer service and less on price. “A lot of times with the hotel business, it tends to be that they find someone who gives them a great price, but trying to get ahold of the guy again or get the crew to show up on time is impossible. It’s not always the price that drives the hotels. It’s more about finding someone that can provide the service in a timely manner, keep the communication alive and be there when they need you.”

One of the most recognizable sights in Victoria Harbour is the Fairmont Empress, the glamorous hotel in British Columbia’s capital. It’s best known for its luxurious tea service in the lobby, unmatched views and status as a favored destination for Britain’s royal family.

The hotel underwent a $60 million renovation in 2017. Updates included refreshing the spa and pool, bringing a new concept to the lobby and adding new fixtures (including draperies) to all 464 guest rooms. “The property is steeped in history, not just for Victoria but for Canada as well because of its historic link to the queen,” says Julie Ann Loftiss, senior project designer for HBA, the San Francisco-based interior design firm that worked on the renovation. “They wanted to bring back that sense of majesty and sophistication and luxury.” At the same time, she wanted to give the hotel a look that was modern enough to serve it for many years to come.

In sticking with the theme of royalty, Loftiss and the team chose a color palette that centered on varying shades of plum and dark blue. The drapes and roman shades were kept relatively simple so the focus could be on their interesting patterns, clean lines and details. “I think of them as being like a custom suit or ballgown that’s exquisitely tailored for the body it fits on,” she says.

The windows themselves were one of the most challenging parts of the project. The hotel was built in 1908, and nearly all of the windows had slightly different dimensions or shapes. It was essential that Loftiss and the team at Westport, the Canadian company that made the window coverings, follow the old adage of “measure twice, cut once.” But the result couldn’t be more perfect: a nearly bespoke collection of window coverings that fits with the antique furnishings, elegant architecture and worldwide reputation for excellence the hotel has maintained for decades.

McMinnville is located in the heart of Oregon’s wine country. As the region’s status as a world-class destination for lovers of Pinot noir and other fine wines continued to grow, the community needed a boutique hotel that met visitors’ needs and expectations.

That niche was filled when the Atticus Hotel opened its doors earlier this year. In keeping with Oregon’s reputation as a place that treasures the contributions of makers, the hotel emphasized sourcing materials from local artisans and manufacturers whenever possible.

The window coverings were no exception. They were made by Nanci Dennis with Shades by Design, a workroom in Portland. The design came courtesy of Rhonda Feero and Christina Tello of Tello Interiors.

The Atticus Hotel offers a blend of old- and new-world aesthetics in its décor, Tello explains. “One of the things that was really important to us was to keep the vibe and look very romantic and ethereal. I fell in love with a gauzy sheer and that one-panel, sweeping tie-back look.” The white-on-white curtains have a demure chevron design to provide some extra interest. Besides helping bring the outdoors inside-another popular idea among nature-loving Northwest residents-the sheer curtains draw attention to the cheerful flower boxes that adorn each window in the hotel.

At the same time, Tello acknowledges that blackout curtains are essential in a hotel. “In this instance it was a question of what was the best way to black out the rooms,” she says. In the end, she and architect Nathan Cooprider decided to add a roller shade with a minimal head detail to each room.

One of the challenges of creating window coverings for a commercial setting rather than a residential one is that they have to meet fire codes. Some of the fabrics Tello selected for the project had already been treated with fire-retardant. For those that hadn’t, she asked Fabricut Contract, which provided the material, to coordinate with the mill and have fire retardant sprayed on before the fabric was delivered. For other commercial fire codes to be met, there needed to be an appropriate number of fire exit signage leading to necessary emergency exits on each floor. As well as proper ventilation and much more.

She and Cooprider also had to answer a question that faces many designers today: whether to make the pull-down shades manual or automated. In the end, the Atticus Hotel decided to go with the former. “In keeping with that old-world idea, we weren’t trying to be too techy,” Tello says. Christmas and Holiday Decorating Trends for 2018